I frequently describe my mother as a grammar drill sergeant, and I still cringe whenever I read or hear the word funner. The utterance of that word was sure to bring out her wrath. So began my fear of improper grammar and a love of a well-placed comma.

Years later, I earned associates degrees, first in Communications and then in Business Administration, with summa cum laude distinction. Both of these degrees were instrumental in improving my own writing, both fiction and non-fiction. At that time, I was working for a city government, and I used my skills to edit sleep-inducing rules and regulations. Eventually, I was promoted into management and began writing those oh-so dry documents. To combat that ultimate boredom, I began writing my first novel, House of Homicide. During the writing and publishing process, I realized that I did not know enough about real police work, even though I had been through the reserve police academy and had worked for fire, police, and 9-1-1 many years before. I needed to learn more so that my future writing would get the criminal justice elements correct.

When the opportunity to take early retirement and move to the Pacific Northwest (I call it the Pacific Northwet) came, I jumped on it. But my love of learning and writing would not let me sit still. I needed to hone my chosen craft of writing. Next up: a Masters in English/Creative Writing. And, yes, once again, I graduated with distinction (seems to be a pattern with me).

When I am not editing, I am usually writing, reading, conducting research, doing yardwork, or hiking with my dogs. Hiking and working in my yard are two of my favorite times to work through problems in my client’s writing. I have also been known to entertain arguments between my characters as I hike or garden, leading passersby to seriously wonder about my sanity. 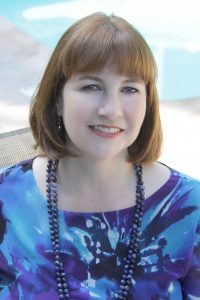 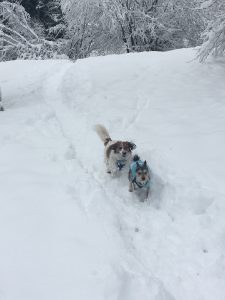